The Only Thing We Have to Fear Is…

Said a different Famous President than the one in the title line.  Well, I’m not a Famous Cold War President. (Don’t get me wrong — I could get at least ten votes in a Presidential Campaign….)

In Awareness Through Movement®, we might say that we do these strange movements not because they’re hard, but precisely because they’re strange to us. I love Awareness Through Movement and honestly believe that it can be pursued as a form of “enlightenment practice.” (Wait, Russ is using the foofy words — is he feeling well?) I don’t think that’s for all the myriad benefits that one can gain using the Feldenkrais Method®, but because of the nature of the Method itself. 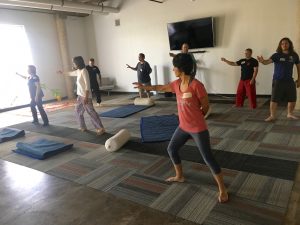 A class led by Russ Mitchell (not pictured) learns about themselves in the upright position.

Most of the time when people refer to group classes, they focus on Step Four, Where Students Become Awesome(tm). But what if we took it right off the top, instead?

How many times have you been confronted with some action or activity and had a reaction that can be summarized as “Oh, I can’t do that?” Our habits of mind fall into a rut, and anything outside of that becomes threatening to our self-image. I’m no stranger to that. Pushing 50, I’m keenly aware that I don’t relate to technology the same way that my child does.

What would your life be like, on the other hand, if, when presented with some new and unexpected or novel activity (whether that’s calculus, painting, surfing, home repair…insert list here), we were able to try doing new things in a state of complete emotional ease, without hint of strain or anxiety? What if we could entertain new ideas (or old ones!) without being imprisoned by the ideas, skills, and habits that we currently say our “ours,” but which can be our prison just as easily as they can be our capacity?

To begin with, the Internet would be a much more pleasant place.

In Awareness Through Movement classes, we are, literally, learning how to pay attention to ourselves, and thus take better care of ourselves in order that we can happily outgrow ourselves, and become the kinds of people who can embrace every opportunity we desire, rather than recoiling in inner turmoil at the (very real) terror of living better lives in a better world, because the price tag of learning how to do that is more than we know how to pay.

In Awareness Through Movement, we aren’t just getting more relaxed or limber. We’re not even just “learning how to learn.” We’re learning how to learn easily, so that when we’re confronted by the ever-changing, ever-accelerating world, the price of curiosity is something we can pay out of our emotional pocket-change. Opportunities and responsibilities move to feeling more like “fun and adventure,” and less like “stresses, strains, and burdens.”

Who would you like to be, if this were you?  Who could you become?

If your answer is “Yes, join us for classes. Choose yours here.

We humans are born poised for learning. But we don’t necessarily know how to learn what doesn’t come easily to us.

For years after I finished college, I had a recurrent nightmare. I was sitting down to take a final exam, and I realized I hadn’t even opened the textbook. As you might guess, I’d had a rocky time in college. It was a liberal arts school where the ideal was to be studying all the time. Our workload reflected that. I literally got every grade you can get, from A+ to F.

A lot has changed since then, but one thing hasn’t: I’m still curious about myself and the world around me. I love learning. So when I stumbled across a reference to “learning how to learn,” I immediately clicked on the link.

It lead me to a New York Times article about an online course taught by Barbara Oakley and Terry Sejnowski. Oakley had failed science and math in high school. She decided in her twenties to get an engineering degree and taught herself how to learn the material which didn’t come easily to her. Now she’s an engineering professor.

When I read that, I signed up for the course immediately. Hey, it’s free! (Unless you’d like a certificate: then it’s $49.) And the info’s invaluable.

The material, backed by research in neuroscience—with plenty of supplemental material if you want to dig deeper—complements what I’ve learned, from a different perspective, as a Feldenkrais teacher. 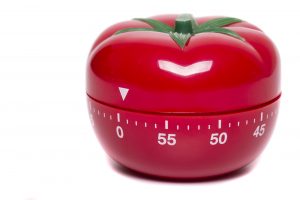 Just a few of the concepts from the course:

I wish this course had been offered before I went to college. I’m certainly glad I’ve taken it now.

Are you ready to learn how to learn? Register for the course here, on Coursera. Apparently it’s their most popular course, by far. I’m not surprised.

Would you like to discover more about how the Feldenkrais Method® supports learning? Here are core principles suggested by Norman Doidge, MD. 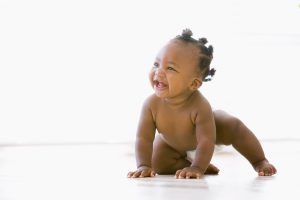 We humans are experts at learning. We don’t need to show babies how to learn. As soon as they’re born, they begin.

Movement is key to learning. The Feldenkrais Method® works by inviting us to attend to small differences between movements and assess which are preferable: which use less energy, are more direct, and feel better. At any age we can notice these differences, learn, and improve.

Literally our brain grows new neural connections: dubbed neuroplasticity, this ability of our brain to change has become a buzz word. Buzzy or not, it’s still true we can learn and improve. It’s pretty darn cool.

Feldenkrais teacher Rich Goldsand just produced a nice video demonstrating with several clients how the method helps them. Watch it below. 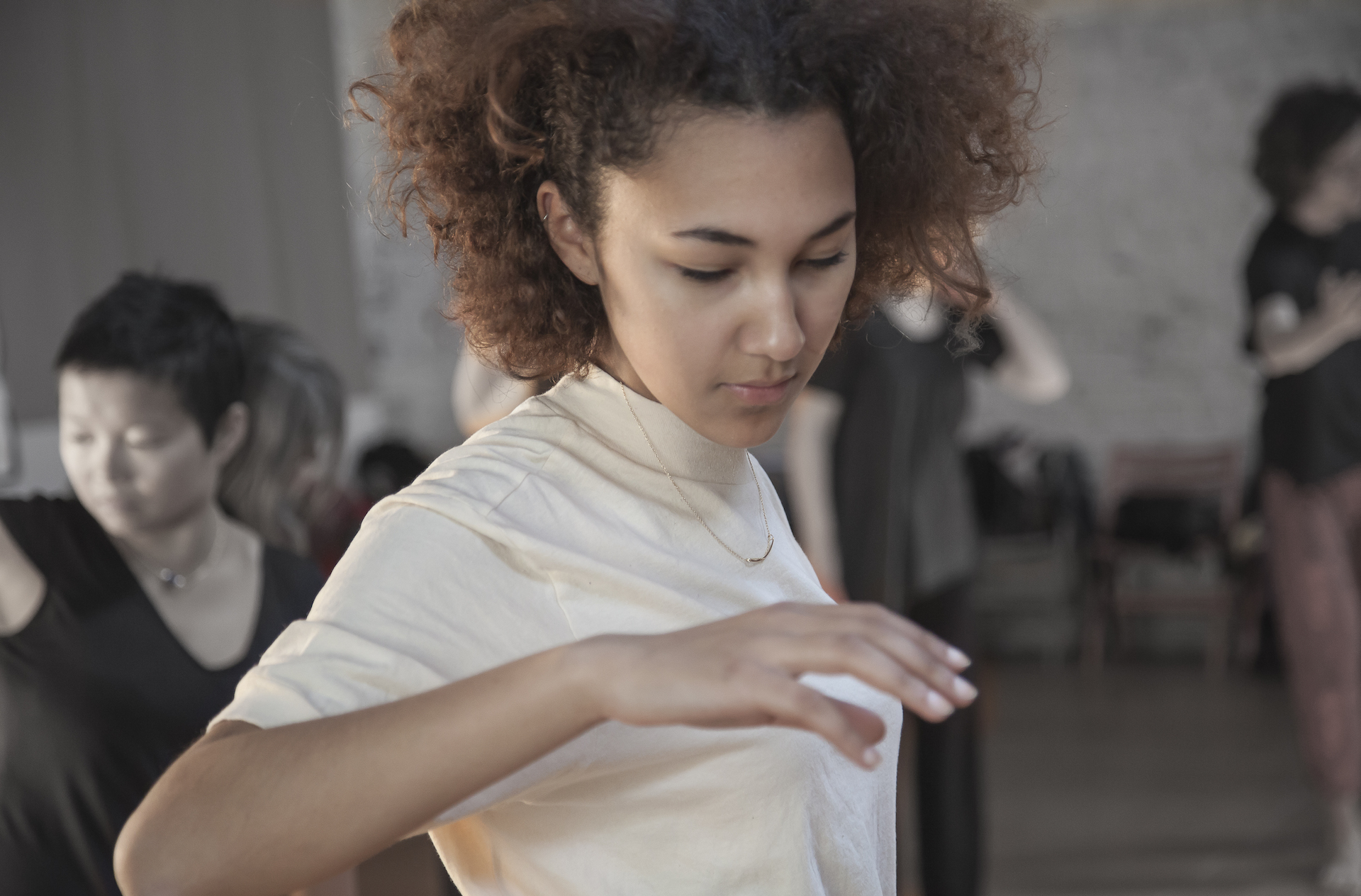 Learning demands that we make mistakes repeatedly. It’s impossible to improve without error. It sometimes seems counter-intuitive, but to approach perfection, we must embrace imperfection. How many times does a baby fall before her first step?

But it’s SO hard to allow ourselves fail. Many of us are perfectionists, or were raised by them. We’ve been punished for failing. Or we punish ourselves. Negative self-talk can be a constant companion.

Feldenkrais and violin teacher Lisa Burrell recently wrote a moving reflection on the value of modeling imperfection. She shares an anecdote about one of her students struggling with demanding parents and teachers.

Lisa’s own mistake in playing a passage became a pivotal moment in a lesson. “I was kind of dumbstruck that the simple act of admitting my mistake would be so powerful in this relationship.” The student’s demeanor changed markedly.

Lisa writes: “In this world of increasing competition and emphasis on getting the right answer, we need more than ever to be guides to what real learning is, not just in our language, but by sharing our own ongoing processes and revealing our own powerful vulnerability.”

Several times in the last week, the subject of change has come up.

We all come to the Feldenkrais Method® because there’s something we want to change about ourselves.

Maybe it’s an ongoing problem—I had shoulder and neck spasms that wouldn’t go away.

Maybe it’s something about we want to improve. For example, I’m working with someone right now who’s training for a half-marathon. We’re focusing on efficient running. 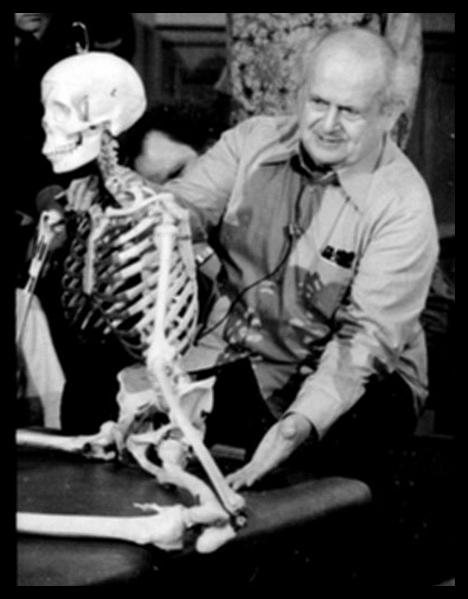 Moshe Feldenkrais himself created the method because he injured his knee. He taught himself how to use it again, and then re-injured the same knee. And again taught himself to use his knee differently.

One of the things we’ll discover, if we commit to the Feldenkrais Method, either through private lessons (Functional Integration®), group classes (Awareness Through Movement®) or both: change happens in fits and starts. We learn, and then we assimilate that learning.

I remember a particular lesson with my Austin practitioner Allison, when I was having neck spasms. I sat up after the FI. She asked me, “What does your neck feel like?” I said, “I can’t feel my neck.” My head seemed to be floating effortlessly.

It was a delicious feeling. And it was comforting. My neck spasms returned a few days later. But now I knew what it felt like to be without them. I’d experienced the sensation. I knew that I could find that feeling again. I felt hopeful.

In the preface to Awareness Through Movement, Dr. Feldenkrais writes:

. . . the learning process is irregular and consists of steps. . . there will be downs as well as ups. . . . We must not become discouraged. . . if we find we have slipped back to the original condition at any time; these regressions will become rarer and return to the improved condition easier as the learning process continues.”

The good news: we can all change and improve the ease, grace and pleasure of our self-use, if we choose. We have more available to us than we are currently using. And the more we learn, the easier and more efficient the learning process becomes.

What are you waiting for?