The New York Times has just published an article about the Feldenkrais Method®. After two hours of lessons, columnist Jane E. Brody describes herself as “walking on air,” freed from her chronic pain.

She acknowledges up front a reluctance to investigate Feldenkrais: “I had long refrained from writing about this method of countering pain because I thought it was some sort of New Age gobbledygook with no scientific basis. Boy, was I wrong!” 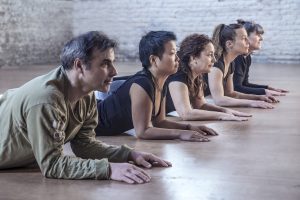 Brody began to understand how the method is effective:
“The slow, gentle, repetitive movements I practiced in a Feldenkrais group class helped foster an awareness of how I use my body in relation to my environment, and awareness is the first step to changing one’s behavior.”

If you’ve personally experienced the benefits of Feldenkrais already, and have a friend or family member who you think would also benefit, an article like this could be a great help in convincing them. If someone like that comes to mind, please share this article with them.