I’ve been reflecting on whether it’s possible to make mistakes in Awareness Through Movement®. It’s not necessarily self-evident. This modality is about self-discovery. So, from one point of view, whatever you discover is great. 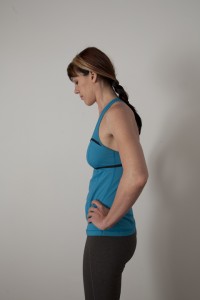 1. Being in a hurry
Awareness Through Movement (ATM® ) works by allowing your nervous system to distinguish differences. Which entails beginning a class/lesson with small, slow movements, so that you can attend to how you are doing a movement sequence. Newcomers make big, quick movements, which mean they follow their habitual patterns, moving the way they always do. When they learn to slow down, they can sense changes. Yes: the slower and smaller your movements, the more you’ll change. At first, it’s counter-intuitive. Try it and see what you discover.

2. Expecting change to happen overnight
Usually students try out the Feldenkrais Method® because there’s something they’d like to improve. Maybe they’re recovering from an injury, like a sprained knee. Often they come because of chronic pain—low back or neck. They come for one class or maybe a series, don’t notice a big change, and drop the whole thing. If your condition is chronic or acute and you’ve been living with it for months or years, six classes will not make a big difference. But six months of classes could. I speak from experience: I’ve used Feldenkrais to resolve my own neck spasms, to recover use of my knee following surgery, and to relieve sciatica. In each case, it took time, but the results are long lasting.

3. Being hard on yourself
New students think that there’s a perfect way to do each movement. Sometimes they get frustrated or angry with themselves if they don’t understand what the sequence is calling for. For example, there are lessons in which you roll your eyes in one direction as you move your head in another, Or close one eye. The point of this isn’t to become perfect at doing the sequence, but to show you your habits, and give you more choices. It’s hard for adults to allow themselves to fail at something, even when no goals are set by the teacher. Even when “failing” means that you’ve discovered something you don’t yet know about yourself. (Could you feel curious and interested instead of irritated?)

4. Forgetting to breathe
It’s extremely common in our culture to hold your breath when exploring a new movement. I’m continually reminding students to notice their breath, to let it be uninterrupted, to create space between their teeth. Sometimes I’ll invite them to notice if a movement is simpler/easier if you inhale as you begin or exhale. More and more, you begin to realize that breath can be independent of movement: there are Awareness Through Movement lessons which are specifically about discovering that. 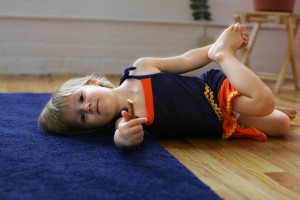 The joy of self-discovery

5. Taking the whole thing too seriously
In the end, our goal is self-discovery with Awareness Through Movement. So there’s no need to clench your teeth, or strain or stretch. I ask students, could you make this movement luscious? Or, I remind them, it’s not about being perfect: it’s about discovering your physical self. It’s about returning to the joy of self-discovery we all experienced as children. And then dropping it when you’ve had enough, just like a baby.