“I got a strong sense that this method would assist me in
1) “rooting”and discovering my inner self, (and subsequently becoming less vulnerable to outer forces);
2) alleviating my chronic low back pain; and
3) improve my body-mechanics in tennis.
Would love to learn more! You got me intrigued!” — Erika

“Your lesson brought me a lot of joy. Since pandemic times I seem to have gotten out of the habit of feeling curious through my body/in that way — the reminder was timely and so appreciated! — Sara

“Being in class with Angela and others who are seeking relief, connection, peace, dexterity, awareness in body, mind, heart/soul is the highlight of my week! Angela is always graciously direct in her focus while being lighthearted, joyful, and a constant committed partner and guide 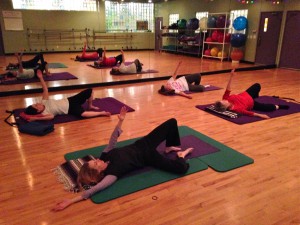 in our exploration of the mind/body connections we are discovering moment by moment, movement by movement. If you have one sliver of curiosity or interest in Feldenkrais or how to find peace or relief in your body, RUN to Dallas Feldenkrais! You will find a new relationship with your body here! It has totally changed my yoga practice and the way I enjoy moving and dancing!”— Trish P.

“The two series I took with Angela were amazing and definitely made me more aware of how I use my body. I got pain relief and was able to discontinue daily Advil. It was also extremely relaxing, which means a lot to me. As she guides you through the small movements, her calming voice adds to the experience. I intend to take more classes and highly recommend them.”— Meryl M. 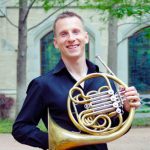 “You have no idea how big of an impact you made on my playing! I feel this was the missing key to making my playing better. I try to show the students a little of what you taught me all around the world and it always makes them play better!”
— David Cooper, Principal Horn, Chicago Symphony Orchestra

“I love her warm sense of humor. Her patience and listening are extraordinary and outstanding. No doubt there will be many lucky people who Angela will touch and enrich.”
— cellist Paul Tobias

“The lessons we did improved my back in a lasting way.”—Todd O.

“I had left hip pain for the last 6 months. Since the workshop, I haven’t needed any extra body pillow support. I have been pain-free all week. I didn’t need a new mattress: I needed a new me! It’s truly remarkable such simple movements have such a large impact. Can’t wait for another workshop!”
— Michelle Accardo, MS, ATC, LMT, CLT

“To someone who has never tried it, Feldenkrais seems strange, because it doesn’t involve straining. All of my experiences with exercising involve trying hard, and if I feel like I’m about to pass out at the end, it means I have succeeded. Feldenkrais is different. It is about gently introducing new possibilities for movement and listening to what your body tells you. After my first class I felt like a huge weight had been lifted. It was like a preview of how I could feel if life continued moving in this direction. It felt like joy, and I was surprised because I thought the days of feeling that were behind me. My goal now is to continue with Feldenkrais and develop new habits that stick. Angela is encouraging, and I look forward to working with her.”
—Sam D., musician 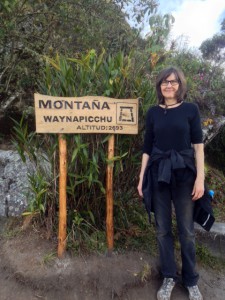 “I’m back home from Machu Picchu and Galapagos Islands. I climbed Huaya Picchu, the mountain that towers above Machu Picchu. Feldenkrais is the reason I could do it. I “moved with minimum effort and maximum efficiency, not through muscular strength” [quote from Moshe Feldenkrais]. I had no muscular pain. Your hopping class really helped, too. Frequently, I visualized some of the hopping movements when I was in bed, preparing to sleep. It always totally relaxed me, made me ready for all hikes. And dramatically helped my intestinal issues.”—Janet T.

“Fantastic workshop! Realized something big must’ve shifted in my being because my dog has been looking at me in a different way. He notices the changes even if I don’t! I did experience a liveliness in my midsection whereas before there was a feeling of stagnation. Since the births of my children my abdomen has felt like an add-on rather than part of the whole. That is very heartening. I also felt as though patterns of dismal thoughts were less powerful. I’m very inspired to continue the practice. Thank you so much for a most stimulating, enlivening, enlightening and totally fun afternoon.”—Linda K.

“I have taken Feldenkrais with Angela for many years. I continue to find physical relief and mental comfort in the class. Although there is something in the class for everyone, those of us with aches and pains find it particularly helpful.”—Karen R.

“Wow, that was incredible. It’s hard to believe little movements can do so much, but obviously they do.”—Janet A., after her first Awareness Through Movement class

For the Feldenkrais Method

“A few minutes of Feldenkrais can give you the flexibility and postural benefits of hours of stretching exercises.”— Anne Rosenthal, PhD

“The Feldenkrais work has had an enormous effect on the way I run and on the way I live my life. My knee problem vanished. I’ve increased my mileage considerably without a trace of difficulty. And I’m running faster.”—Bruce Holmes, Runner’s World

“The system developed by Moshe Feldenkrais… has as much potential for understanding the mind/body relationship as Einstein’s general theory of relativity had for physics.”
—Bernard Lake, M.D., Australia

“Before we included Feldenkrais in the curriculum there was usually a small army of musicians who’d have overuse or practice-related injuries, whereas last summer (1989) there was only one.”—Leon Fleischer, Concert Pianist, Musical Director, Tanglewood Music Festival

“Feldenkrais has studied the body in movement with a precision that I have found nowhere else.”—Peter Brook, Film & Stage Director

“I have been intrigued by this subtle form of retraining the nervous system, which I recommend to patients whose movement has been restricted by injury, cerebral palsy, stroke, fibromyalgia, or chronic pain. I find it to be much more useful than standard physical therapy. I also believe that the Feldenkrais Method® can help older people achieve greater range of motion & flexibility, & help all of us feel more comfortable in our bodies.”
— Andrew Weil, MD, Author of Spontaneous Healing and Natural Health, Natural Medicine.
Read more about Dr. Weil’s opinion of the Feldenkrais Method here.

“As a neuroscientist interested in the development and plasticity of the nervous system, it is gratifying to see how the Feldenkrais Method demonstrates these principles. The Feldenkrais Method has also greatly improved my personal quality of life — physically and emotionally — by reducing the restrictions and limitations I thought were permanent due to multiple sclerosis.”
— Maria Luskin, Professor, Emory University Medical School

“Try Feldenkrais for headaches or musculoskeletal problems. A study reported in the American Journal Of Pain Management found that patients with chronic headaches and/or musculoskeletal problems reported more mobility and decreased pain up to a year after treatment compared to comparison groups.”— American Holistic Nurses’ Association Guide to Common Chronic Conditions : Self-Care Options to Complement Your Doctor’s Advice

”A bodywork technique we have seen to benefit patients is known as The Feldenkrais Method. In a series of lessons, patients are taught how to integrate their body movements so that they function with less effort and pain.”
— What Your Doctor May Not Tell You About Fibromyalgia: The Revolutionary Treatment That Can Reverse The Disease by R. Paul St. Amand

“A breathtaking work of genius, the Feldenkrais Methods—one (“Functional Integration”), hands-on with an individual teacher; the other (“Awareness Through Movement”), group movements directed by a teacher—teach a person how to liberate oneself from the narrow range of stereotypical movement patterns that we learn in our culture, and to rind a wider range of moving, and being. These works have had an enormous impact on the medical practice of physical therapy, since restricted movement patterns are associated with trauma, and freeing them produces significant relief of pain.”
— Bone, Breath, & Gesture: Practices of Embodiment by Don Hanlon Johnson

Articles about the Feldenkrais Method